Sydney Sparkles for a special Family

Bailey and the team from Trusted Travel went to Sydney for the 2022 Gay and Lesbian Mardi Gras to see her mum and step-mum march in the Parade.  It was a very special moment when they saw each other; a moment they will cherish forever!  The team at Trusted Travel were honoured to make it happen. 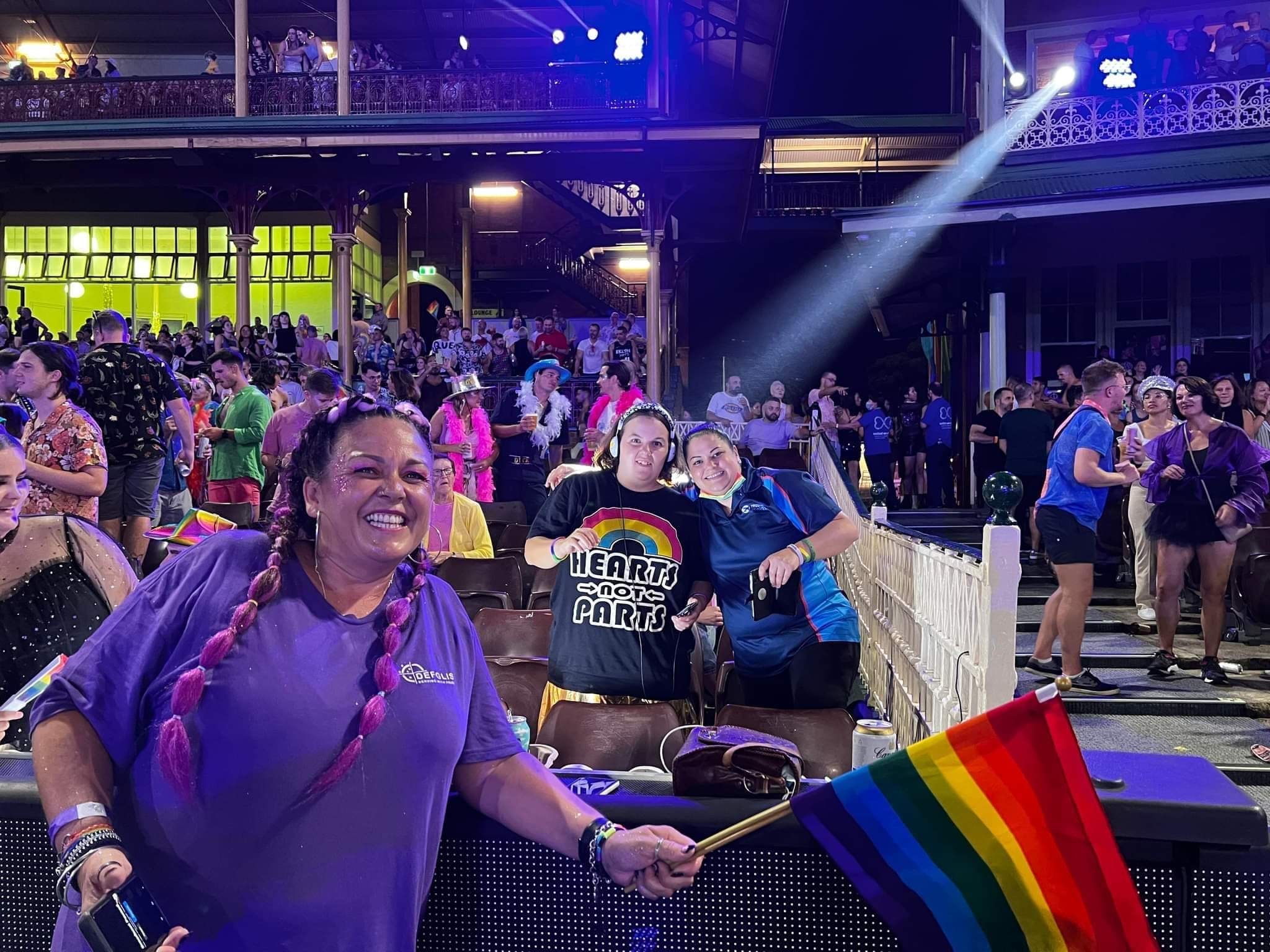 Staying in Darling Square, the group enjoyed a relaxing day in anticipation of the big night of fun and excitement ahead, venturing out to the Chinese Garden of Friendship to spot some lizards, watch the koi carp splashing and enjoy the calming waterfalls and greenery.

Soon it was time to dress up in preparation for the evening spectacular. Sparkling with glitter, they made their way to the Sydney Cricket Ground (SCG) for the 44th annual festival of inclusion, surrounded by glamorous frocks, sequins and sparkle.

Once on site, their first stop was to say hello to friends at Autism Spectrum Australia (Aspect) in the Quiet Room. It offered a great, calming place away from the crowd to sit for a while before the festivities. One of the awesome team members from Aspect gave Bailey a sunflower lanyard; the sunflower represents hidden disabilities, and some people choose to wear the sunflower lanyard to discreetly indicate that they have an invisible disability and may need help, assistance or simply more time. All staff at the event were trained and aware of what the sunflower represents and it worked, well especially at a large event like Mardi Gras.

They settled in to some of the best seats in the house, just in time for the entertainment to begin.

Loud and clear and full of sparkle in Mardi Gras spirit, the traditional leaders of the parade, the famous Dykes On Bikes, set the tone for a fabulous night ahead. The SCG was pumping and the atmosphere was out of this world!

The parade hosts hundreds of floats, with marchers showcasing the inclusion and diversity of the LGBTQIA+ community of people who identify as lesbian, gay, bisexual, transgender, queer, intersex and asexual. Partygoers partied, danced and let their hair down and so did the Trusted Travellers. One of the highlights was seeing The Wiggles perform Elephant. Also up there was Vanessa Amorosi singing Absolutely Everybody. A lot of rainbow flags were flying high!

But the fun was far from over, as this Mardi Gras was a very special one…

The late night of fun and excitement was followed by a very slow morning, before the team finally ventured off to Taronga Zoo. The lion cubs and elephant calves of Taronga were topped with a trip to the souvenir shop, where an adorable plush elephant named Elly joined the family.

All in all, it was a fabulous and memorable weekend.