Your Voice, Your Choice - Online & Free! Registrations for our online Your Voice Your Choice Conference on 16 October are already over 300. This includes good numbers from Victoria which is very pleasing. We have put together a very impressive list of speakers including AFLW and Survivor star Moana Hope with her sister Vinny for whom she is the primary carer; Martin Hoffman, Chief Executive Officer from the NDIA and Liz Callaghan, Chief Executive Officer of Carers Australia.

Moana Hope is a powerhouse of Women's Sport and one of the most prominent figures of AFLW becoming one of the VFLW's most damaging forwards, including a 100 goal season for the St Kilda Sharks. She was also recently a major competitor in Survivor All Stars. At the age of 26, Moana became the sole carer for her disabled sister Lavinia, or Vinny, who lives with Moebius syndrome, a rare neurological condition affecting facial muscle and eye movement.

Speaker Liz Callaghan will focus on National Carers Week and their annual campaign raising awareness to Australia's 2.65 million unpaid carers.  National Carers Week runs from October 11-17 and the Your Voice Your Choice Conference has been purposely held during this week to raise awareness of unpaid carers, recognising and celebrating carers' tremendous contribution to our nation, which is currently valued at almost $1 .5 billion per week.

"It is also a wonderful opportunity to come together and learn from experts within the disability sector, hear from other NDIS participants and carers, and go away feeling empowered, more informed and ready to take control of your NDIS plan and live life your way," said Matthew Martin, Executive Manager.

To see the full agenda and to register click here. 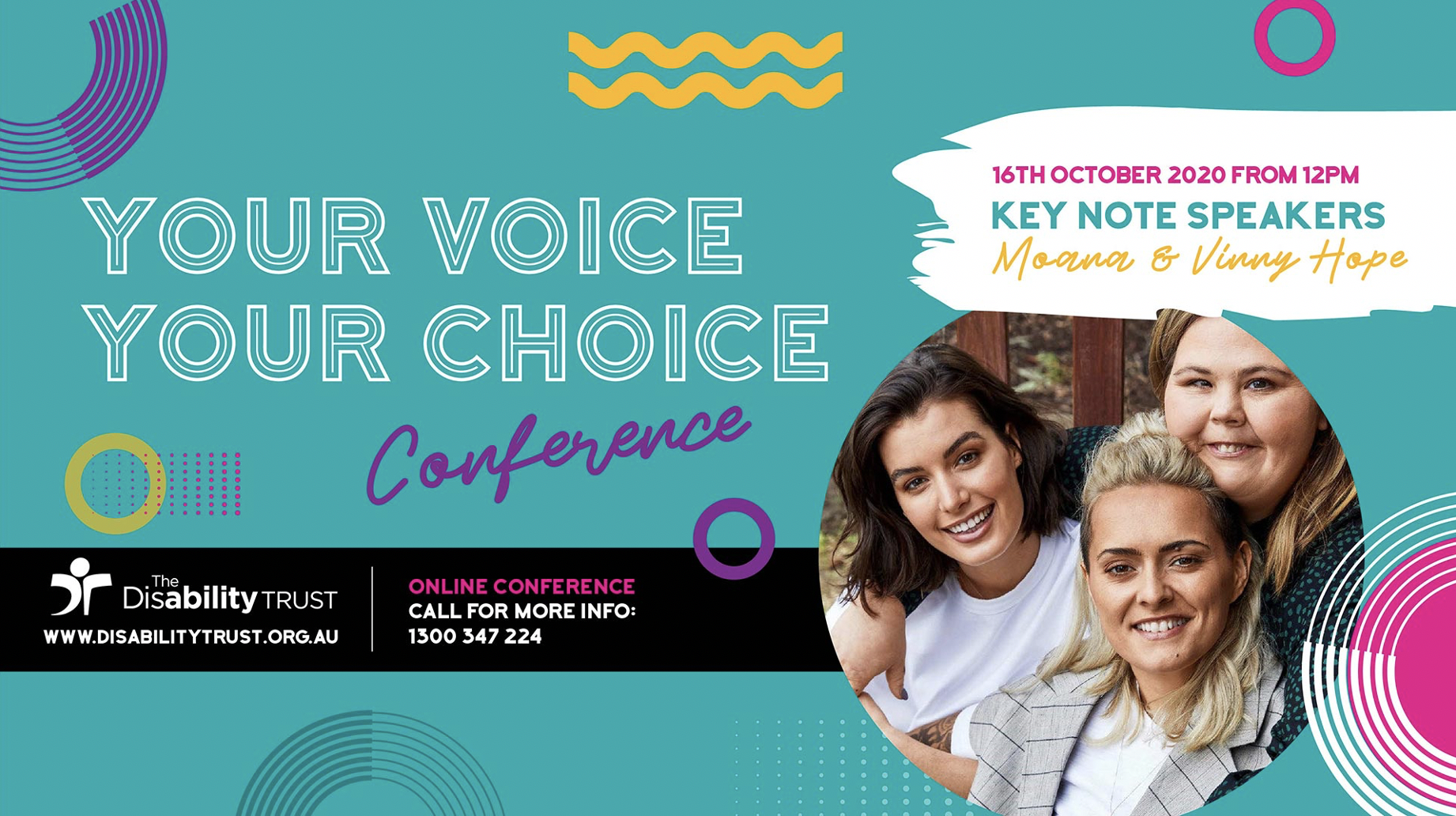